Mounters13 Gin is the result of an ill-prepared margarita, served to Chris Sharp whilst on holiday with friends in 2012.

As a self-proclaimed connoisseur of the tequila cocktail, the effort presented to Chris was rejected and replaced by a G&T, a beverage Chris had rarely previously enjoyed. Regardless, so started his love of the juniper-based tipple.

Through the following few years, Chris claims to have sampled well over a hundred different brands with thoughts eventually trending to home distillation. These thoughts, however, were just that, and it wasn’t until his two teenage children, frustrated at his talking but not doing, presented him with a shiny copper still. The still, affectionately named ‘The Spotty Pot’ in a personal remembrance to Chris’ late wife, was soon up and running and, with ingredients sourced online, the recipe was born. The process evolved and improved, and one evening found Chris drinking the days’ effort.

A combination of the alcohol and his enjoying the gin led him to send a tongue in cheek text to his daughter and son, both now at university, proclaiming his intent take his gin to market. Amid the family banter that followed, the slow journey began.

Chris had a job, a Captain with British Airways flying the Airbus A380 to destinations far afield, and so had to spend time away from the still and juniper berries. But slowly, around his love of flying and home absence and with an eye on the already well-stocked gin shelves, he crawled through the legalities and red tape and eventually established Mounters13 Gin.

Locals claim that the ‘Mounters’ were the Roman settlers of his home area, with views over the Blackmore Vale from the natural mount upon which they lived. Thus, so named, January 2020 saw the first bottles Of Mounters13 Gin make their way to the local retailers and bars.

The covid pandemic of 2020 saw Chris taking an early redundancy from British Airways, hanging up his Captains’ wings, but presenting the opportunity to rebrand his gin and step-up production.

Mounters13 is the result, 13 botanicals for the perfect Shaftesbury Dry Gin. 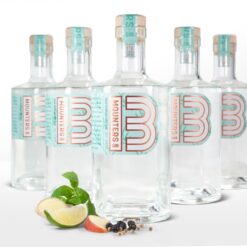 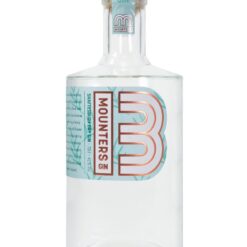